A beautiful cardinal with holly will be the best gift for the new year and Christmas!

The red cardinal is a bird with bright plumage and a symbol of the seven states of the United States.
The red or Virginia cardinal is a songbird that belongs to the family Cardinalidae. It has red-purple plumage.

The red Cardinal is a favorite of many Americans. No wonder they chose it as their bird symbol in seven states at once! Virginia, West Virginia, Illinois, Indiana, Kentucky, Ohio, and North Carolina. But the cardinal is adored not only by Americans but also by Canadians.

The bird belongs to the order of passerines and therefore inherited from them many traits of character and behavior.

This name was given to the bird due to the bright red plumage of the males and a specific black mask along the beak and neck. The color of the females is dominated by calmer colors-gray, light brown.

Cardinals are extremely intelligent, they have an excellent memory. But most importantly, the handsome cardinals are excellent family men. They are distinguished by their loyalty to the lady of the heart and take care of their offspring. Unlike many birds, cardinals form pairs for life, not just for the breeding season.

Holly is another Christmas symbol. And, of course, there were druids here, too, who greatly respected the holly for its ability to remain green and beautiful even in winter, when nature was deprived of most of its colors.

The Romans also loved this plant, considering it a creation of Saturn. During the exuberant celebration of Saturnalia (the prototype of the European carnival), the townspeople gave each other holly wreaths and decorated their houses with them. Centuries later, while the bulk of the Romans continued to celebrate Saturnalia, early Christians were already secretly celebrating Christmas. To avoid persecution, they, like everyone else, decorated houses with holly branches. When Christianity later became the dominant religion, holly became a recognized symbol of Christmas. According to some versions, it was from him that the crown of Christ was made, and the holly berries, originally white, turned red from the blood of the Savior. 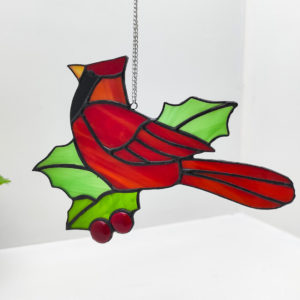